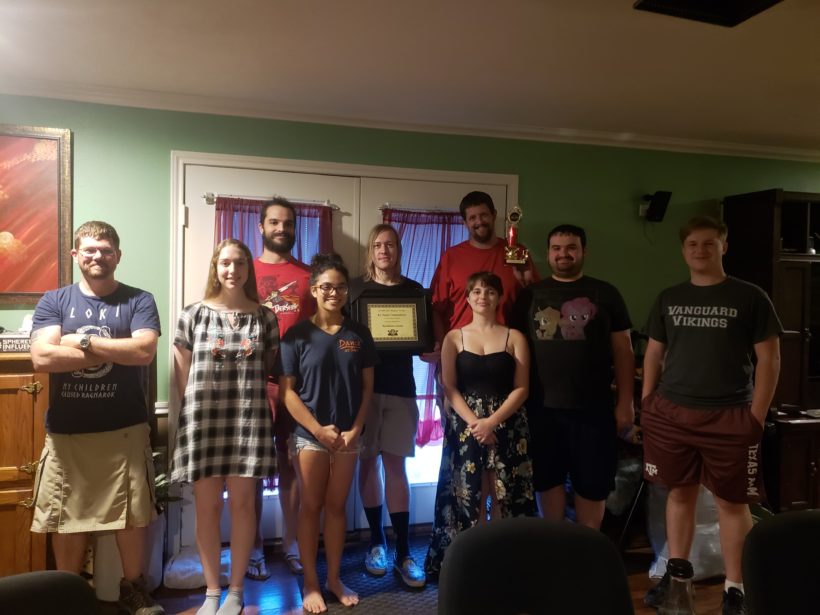 Retribution Station, under the command of CWO5 Michael Denman, set a stellar example for STARFLEET and received numerous Region 3 STARFLEET Marine and Fleet Awards at the Region 3 Summit. They included:

They also have a weekly gaming night that the Chief of the Station hosts. The Station is tight-knit and supports each other throughout. They got tattoos together, played airsoft, video games, RPG’s, and once a month do a thing called ‘Trek on the Deck’. That’s where they have lightsaber fights, have dinner, sometimes shoot, play games, and watch a movie. And in 2017 they had the honor and privilege of witnessing the wedding of two of their crewmates.

It is for their efforts these self-described ‘geeks’ were recognized for their outstanding contributions to STARFLEET and Region 3 with these awards.